Nero/Pseudo: The Writing on The Wall 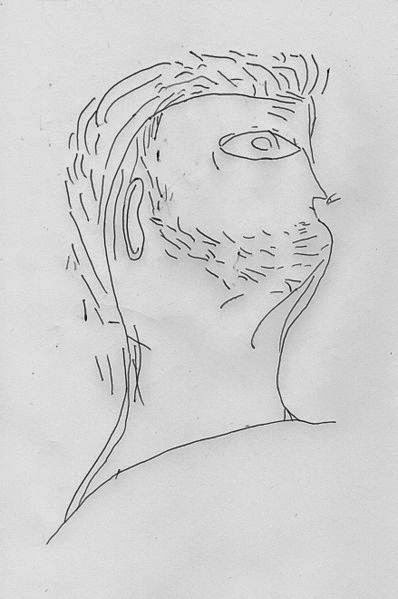 (As part of my blogging about Nero/Pseudo here at Balkans via Bohemia, I have also asked Alan Katz -- the dramaturg of the show -- to share some of his wisdom and wit about the ancient world as guest posts on the blog. This is his second look inside the world of the play ]. If you missed his first post on the world of the Greek taberna, it's here.)

There are quite a few historical and literary sources (Tacitus, Suetonius, and Cassius Dio) that survive from the first century, the period in which Nero/Pseudo is set. They describe the reign of Nero with derision, and gleefully recount his fall as the just and popular end of a tyrant’s rule. However, as most historians can tell you, most of what historians write is bullshit.

Historians often project their own opinions (and dare I say, insecurities) back onto history as they write, and are rarely able to capture the true feeling of the time. For gods’ sakes, Tacitus was 12 years old when Nero fell, and he is the historian who wrote closest to Nero’s time as Emperor. Historically, Nero also has the difficulty of being one of the most notorious oppressors of Christianity, who eventually won out as the official religious demagogues of the Roman Empire. And history is written by the winners.

But historians aren’t the only source from which we can draw information about the reign of Nero. Archaeology, especially in Pompeii (destroyed by volcano only a decade after Nero’s fall), has uncovered a great source on Nero: graffiti.

Graffiti was common in Rome and Roman territories, and it expressed exactly that, the common opinion and will of the people. We can learn amazing things about the use of graffiti in Roman culture from what has been preserved through the ages either by being buried and built over or through the preserving lava of Pompeii. Romans used graffiti like Craigslist (“A person interested in renting this property should contact Primus, the slave of Gnaeus”), Tinder (“Hectice, baby, Mercator says hello to you”), Yelp (“What a lot of tricks you use to deceive, innkeeper. You sell water but drink unmixed wine”), or Facebook (“The man I am having dinner with is a barbarian.”). Graffiti was also had its more traditional use. Namely, drawing penises.

This diversity applies to graffiti about Nero as well. In Pompeii, there were over 100 expressions of praise of various politicians throughout the city, and more than half of them were praise for Nero. But the mob is a fickle beast, and Nero took a hit in popularity when he drunkenly kicked his pregnant wife Poppaea, killing mother and child. After this incident, there is graffiti like Nero Alcaemon Orestes, a play on his name Nero Claudius Caesar, referencing mother-killers of myth, also referencing Nero’s murder of his own mother, Agrippina, after several failed attempts.

In Greece, however, where Nero/Pseudo is set, Nero had a special reason for being popular. A year before he fell from power, Nero took a grand tour of Greece. While he made some unpopular moves, like forcing many of the four-year cycle games (like the Olympics) to happen during his visit while he declared himself the winner, he also was incredibly generous to the Greek people. Nero not only gave allowances of grain away to Greek citizens, but also “gave freedom to Greece.” In this context, “freedom” means that Greece was no longer gave tribute to Rome and its denizens had extra rights. The Greeks, once the greatest power of the Mediterranean, were stoked to be freed from Roman oppression. So stoked in fact, that Greek coins with Nero’s face on them had “Jupiter the Liberator” stamped on the back of them.

But the Romans were pissed. Not only had Nero Greek-ifed Rome by changing the architecture and elevating the status of performers, he was giving rights that once belonged exclusively to Italians to the Greeks! For many Romans, this was the last straw. So while Nero was away in Greece, plots began to solidify against him in Rome, leading to his downfall about year after he came back. When the dust cleared from the civil wars after Nero’s downfall, the new Emperor Vespasian revoked Greece’s free status, a move that the Greeks knew would happen after they lost their beloved Nero.

The Greeks never forgot or stopped supporting Nero, and when they heard rumors of his fall, worry turned to hope turned to desperation. These rumors are flew around at the opening of Nero/Pseudo, when a woman sings the play's opening song, including the lines: “Oh, Greece, once free/Doomed to be/Subject again to slavery!”

So it is no surprise that it was in Greece where more rumors, this time of Nero’s triumphant return to Greece, started to be passed around. Then a lyre-player who looked an awful lot like Nero took the stage…

If you want to see what happens next, you have to see Nero/Pseudo!


Nero/Pseudo previews open at The Shop at Fort Fringe on Friday May 2. Find out more about the play at WSC Avant Bard. Tickets are now on sale.

(Image of Nero graffiti from Pompeii from Wikipedia Commons.) 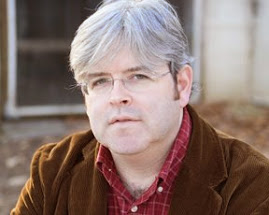